'I fell in love with a female assassin' - Jason Howe 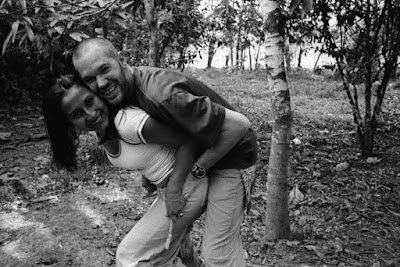 They met on a train and fell in love. Then Jason P Howe discovered that his girlfriend Marylin was leading a secret double life – as an assassin for right-wing death squads in Colombia's brutal civil war. With their story set to become a major Hollywood film, he recalls an extraordinary, doomed romance.

Jason Howe, Conflict Photographer, will be presenting his work at the BAREFOOT GALLERY at 7pm tonight. Friday 29th of August.
Posted by Dominic Sansoni at 6:18 am