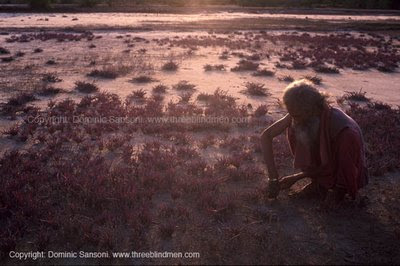 Cedric de Silva and Gamini Wijetunga introduced me to Matara Swami, way back in the late 1970's. His kutti was about two miles away from the main shrine at Kataragama and you reached it via a small sand covered path. Gamini & I would see him whenever we were down in the South, often staying with him. Matara Swami has been a great friend to many.
Manik, one of his dearest buddies later bought Swami a piece of land not far from where he lived. MS (as we all call him) conducted the most beautiful of ceremonies when friends and family gathered a few months ago to scatter Manik's ashes in the Menik Ganga. A sad but beautiful morning, Manik wouldnt have wanted it any other way.
MS has for many years been the poosari at the Ganesh shrine at Kataragama. Do say 'hello' if you are ever down there.
Posted by Dominic Sansoni at 7:14 am

Those were the days!